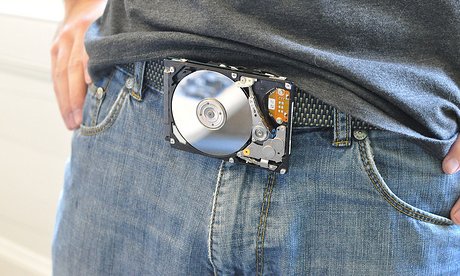 With the first month of the year almost over, the Guardian’s Digital Development team offer their thoughts and predictions on what the year will bring us in technology, gadgets and business.

With the new year in full swing, we thought it was time for the Guardian’s Digital Development department to offer up a few predictions and thoughts on what might happen in technology over the rest of 2013. We’ve pulled together some observations, expectations and opinionated rants, giving you a flavour of what our team thinks the next twelve months could offer us. We put it together through a rapid-fire exchange internally. So without further ado, here’s our thoughts for 2013.

Wearable technology and other gadgets

Several people mentioned Google Glass, the wondergadget of much speculation. QA Neal Madlani suggested that Glass, alongside other “wearable tech” items like Pebble (a customisable watch), could be big for 2013, a prediction backed up by Head of QA James Murphy and developers Andrew Mason, Nicholas Tollervey and Michael Brunton-Spall. Michael added “While it’s easy to pass off Google Glass as being merely a toy, I suspect that as we learn more about it, the developer interest in it is going to skyrocket”. Client-side developer Patrick Hamann was less convinced, though, putting “wearable computing” on his list of things he felt 2013 “will not be” the year of (along with Firefox OS andUbuntu for phones).

Other gadgets abound: developer Justin Pinner suggested flexible screens and 3D printing as tech to watch out for this year. QA Troy Harris agreed on the printers, speculating that their rise could cause “overseas toy manufacturing industries to crumble” (with “object anti-piracy” quickly following – and failing – to prevent this).
Developer Andy Rome pointed out the closing stages of Galileo(European GPS), which should lead to more accurate geolocation, coinciding with the launch of “next-generation GPS satellites from the US”. Andy also went on to talk about “indoor geolocation”, leading to commerce-driven marketing: “where exactly can you pick up this product within 500 metres of your current position?”.

← Prev: In The Security World, Android Is The New Windows Next: Facebook Will Launch Content-Specific News Feeds, Bigger Photos And Ads On Thursday →