Chrome Starts To Take Off In Mobile Browser Share, But Android Dips Among Mobile Operating Systems 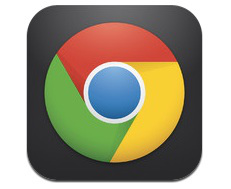 Among mobile browsers, Safari continues to lead the pack by a wide margin according to this month’s data from NetMarketShare, but the real movement is happening within the Android segment, with Chrome growing fast as the stock Android browser lags behind. Android overall dipped slightly in May in terms of mobile OS share, hitting an eight month low according to NetMarketShare’s tracking.

Android’s stock browser lost over 2 percentage points of share between April and May, and Chrome mobile gained just under a full percentage point. Google has been pushing the mobile version of Chrome, shipping it on devices with Android pre-installed since last fall. That has resulted in a steady upwards movement of share, growing from 0.34 percent last July to 3.22 percent this past May. Stock Android browser share is actually flat over that eleven month period, however, indicating that Chrome’s share is all coming in new device sales, and not as a result of people switching from one to the other on their own devices.

According to OS share, Android is down slightly from last month, and inf fact hits a low point compared to many previous measuring periods. Apple’s iOS is up slightly from last month, but mostly flat, and Symbian, Java ME and BlackBerry actually all experienced small bumps, meaning Android’s nearly 2 percentage point fall didn’t result in a big win for pretty much any platform. Still, it’s interesting to see those numbers dip during a month when Android saw the launch of two big new flagship phones in the Galaxy S4 and HTC One.

Overall, though, the most interesting story here is Chrome’s mobile growth. Google is making a big push for cross-platform compatibility and portability, and a lot of what it’s showing off on the Chrome side of things is designed to bring mobile and desktop together. To achieve that goal, it becomes instrumental that mobile Chrome achieve greater uptake, which is an uphill battle considering that it only arrived last year. Still, it seems to be gaining momentum, which is good for Google’s long-term goals.

← Prev: The Next 10 Starts Now Next: It’s Official: Google Buys Waze, Giving A Social Data Boost To Its Location And Mapping Business →