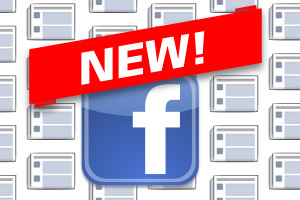 At a big press event on Thursday, Facebook plans to launch new ways to filter the news feed. These include a Photos feed of Facebook and Instagram photos, as well as a revamped Music feed of what friends are listening to, concerts, and new albums, according to multiple sources both within and close to Facebook. Larger images and image-based ads in the web and mobile feeds are coming too.

Why is Facebook adding new streams? Because we are information junkies. Give us a feed and we’ll read it. But when we scroll so far we hit re-runs – we hit the road. So Facebook has a plan to give us something different to look at starting March 7th. If the “new look” for the news feed that it’s unveiling works, it could get us spending more hours on Facebook and seeing more — and more intense — ads.

Facebook has neglected the news feed, which has functioned largely the same since it launched on the web in 2006, and on iPhone in 2009. A column of friends’ faces on the left, their status updates to the right, and a whole lot of white space. Content-specific feeds have been hard to access, and the “Top News” or “Most Recent” sorting options mostly re-shuffle content rather than surfacing different stories.

Speaking on the condition of anonymity, a Facebook employee, a member of the social ads industry, and several developers concurred that multiple feeds and larger images in posts by users, Pages, and ads are what’s in store for Thursday.