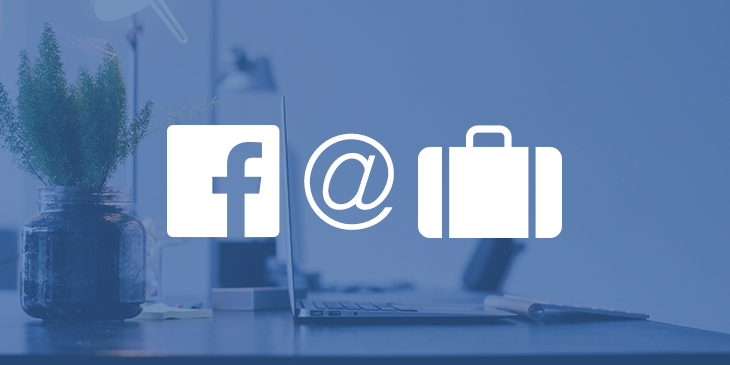 Back in November 2014, Facebook announced it was working on a new project tentatively titled “Facebook at Work”. Just as it sounds, Facebook at Work is a commercial version of Facebook, with an enclosed, private network for your business.

The main pitch for the platform is this: why use Slack or Yammer or other enterprise solutions for your company which require in-depth training when your employees are already familiar with Facebook and its various functions?

The system provides a new opportunity for Facebook, and could deliver significant benefits for brands – and now, almost two years on from that initial mention, Facebook at Work is about to be made available to all. 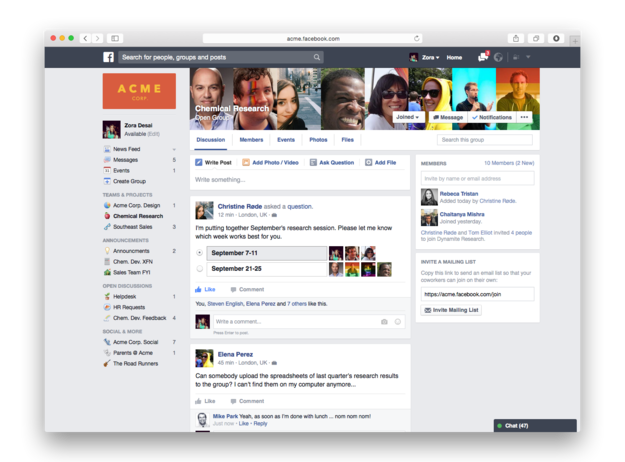 The most important thing to note with Facebook at Work – and likely the biggest misconception The Social Network will need to overcome – is that Facebook at Work exists separately from your personal Facebook graph. It’s a separate app and a separate platform for employees and work-related discussion – businesses will have a contained work space, where employees will have to be logged in to interact, with their personal Facebook accounts and discussions kept separate from the process. In this sense, it’s not exactly Facebook in the workplace as some have suggested – it’s not likely to lead to a sudden increase in wasted time because employees will be caught up responding to posts from friends in amongst work-related content.

As you can see, in the above screenshot (published by BuzzFeed) Facebook at Work looks exactly like Facebook, but it’s contained within your company environment. Messages about business updates and collaborations will come through in your feed, enabling users to stay on top of internal matters through an interface with which they’re already familiar. 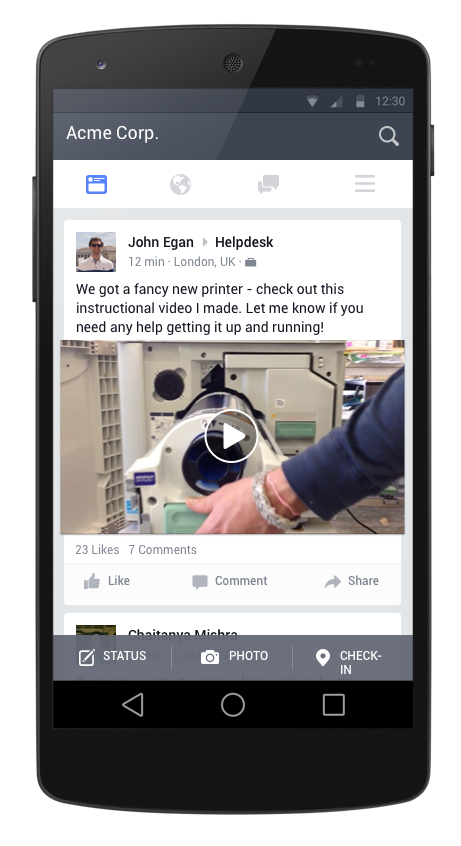 The Information is reporting that Facebook at Work will be released within the next few weeks on a per seat pricing model – Business Insider has reported that the cost is projected to be between $1 and $5 per user, per month. Thesystem will offer Groups and Messenger, while audio and video calling options will also be included in the package.

Facebook at Work has been in closed beta since last January, with a range of businesses using the new system as part of the test pool. Those brands include The Royal Bank of Scotland and Heineken. The system’s also used by Facebook internally, which has enabled them to thoroughly test and understand the benefits and weaknesses of the system as they’ve gone about refining the product.

Given its ease of functionality and familiarity, it’s not hard to see why Facebook at Work would be appealing to business, and could quickly become a major player in the market. As noted, the issue many businesses will have is in perception – Facebook’s seen as a social app, not a business tool, and companies will be hesitant to enable any connection with Facebook till they can be assured that their employees won’t be using it as increased license to access their personal Facebook profiles throughout the working day.

But if they can overcome that initial stigma, and ensure that there’s a clear divide between ‘Facebook’ and ‘Facebook at Work’, the project could prove to be a big winner for Zuck and Co. And as per TechCrunch, the launch will come just as Microsoft scraps the Yammer Enterprise tier many companies currently use, which means there may be quite a few businesses on the look-out for a new option.

← Prev: What Hackers Do With Compromised WordPress Sites Next: Imminent: Non-HTTPS Sites Labeled “Not Secure” by Chrome → 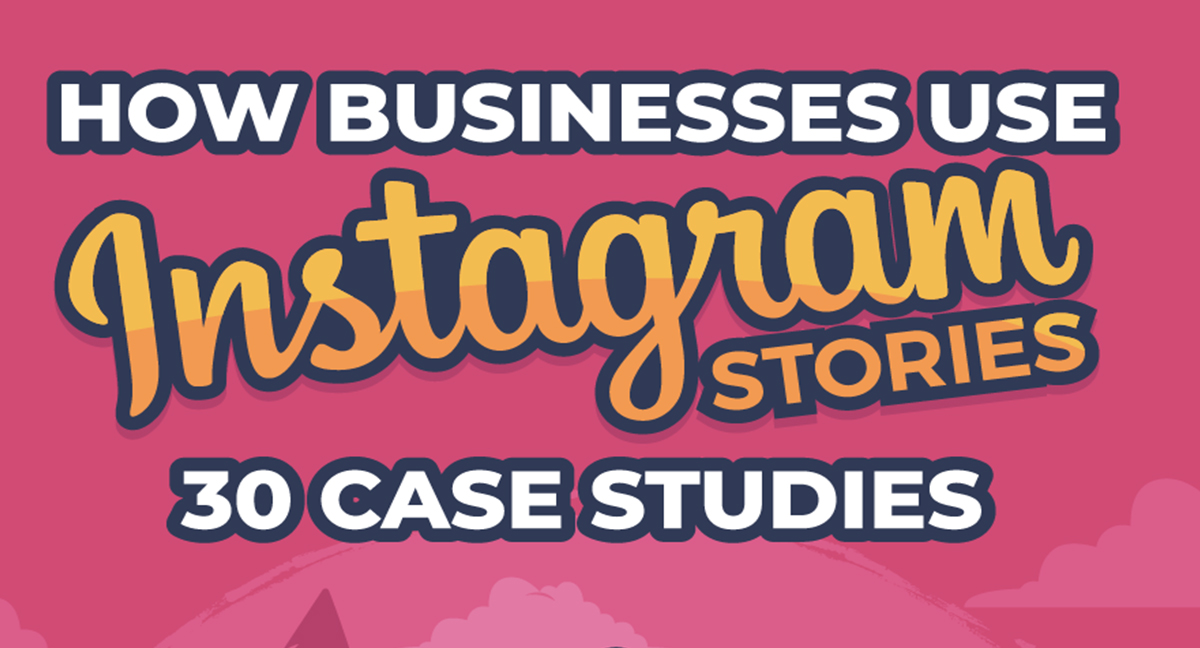 How You Can Use Instagram Stories To Your Advantage

Social media offer a fantastic opportunity for businesses to connect with their audience in a fun, modern, and...