Facebook’s Copycat Strategy: All The Innovation It Needs 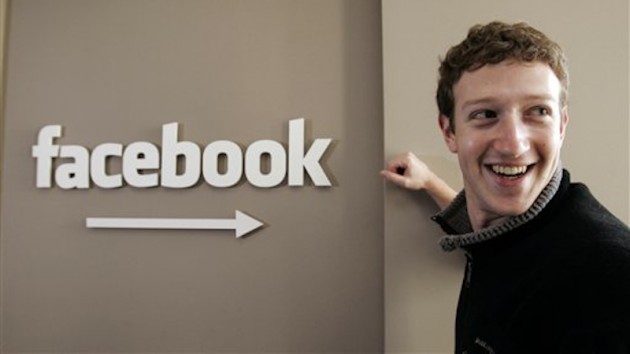 Facebook increasingly plays copycat to Twitter and other Silicon Valley upstarts when it comes to innovation, but with over 1.1 billion active users, Facebook can afford to be a fast follower. Indeed, the right strategy may well be to simply copy or acquire others’ innovations as they become popular. After all, as much as people may wring their hands about Instagram or Snapchat beating Facebook to this or that feature, the hardest feature of all to copy is a massive, built-in audience.

A quick review of Facebook’s most recent product updates suggests that the company is having trouble coming up with novel features. Hashtags are the latest feature to arrive, a clear rip-off of Twitter, and just before that Instagram Video, which looked suspiciously like Twitter’s Vine. Or how about its check-in feature, which mimicked Foursquare?

While some might pillory Facebook for lacking creativity, the fact is that being a fast (or even slow) follower is arguably the right strategy for a company with such a deep installed base. When was the last time you or your friends actually celebrated Facebook changing its interface or otherwise altering your comfortable Facebook experience?

And did anyone really want Facebook Home? This counts as real innovation and it also counts as a serious innovation misstep.

It turns out that copying others’ functionality is not only safe, it’s smart.

Just ask Apple. Apple hasn’t innovated the portable music player, smartphone or tablet. Yet it still dominates either market share or profit share in all of these markets by improving upon others’ innovations. Predicting the future is really hard and frankly doesn’t usually lead to big paydays. But making that future safe and easy for a large audience? That pays big dividends.

While Facebook has a lot of work to do on its monetization strategy, and its advertising still leaves something to be desired, as Hunter Walk points out, the company continues to print money. Critics howled that the company didn’t “get” mobile, but each quarter the percentage of Facebook’s company’s revenue derived from mobile keeps growing, most recently jumping to 30% in its Q1 2013, up from 23% a year ago.

While some numbers have suggested a teenage exodus off the platform, the truth is more complex.

And when a rival service shows enough growth with teens or other desirable demographics to warrant it, Facebook can simply acquire the product. While the company already dominated photo sharing, Facebook acquired Instagram to give its mobile photo business a jumpstart. Facebook can afford to buy out rivals, given the mountainous cash hoard it raised in its IPO.

This is why I’m sanguine on Facebook’s future. The social networking giant is in the perfect position to survey the market for rising innovations and blend them into the existing Facebook experience in ways that complement the comfortable Facebook experience. Usually this can be done through home-grown development, but when an acquisition is needed, the company has shown the willingness to spend big on a category leader.

This is in stark contrast to another market leader that has generally embraced the embrace-and-extend approach to innovation: Microsoft. As The Wall Street Journal‘s Rolfe Winkler puts it, “Microsoft keeps hitching its fortunes to lame horses,” turning to Nokia, Yahoo!, Dell, Barnes and Noble and other great companies whose market presence has faded.

So long as Facebook is willing to clone or acquire the best rival innovations, it should be able to continue growing its revenue even as it improves its utility to new and existing users.

← Prev: Watch Out, Facebook: Why Google And Pinterest Are Gaining As Social Rivals Next: Microsoft Must Split Or Lose Enterprise Customers →