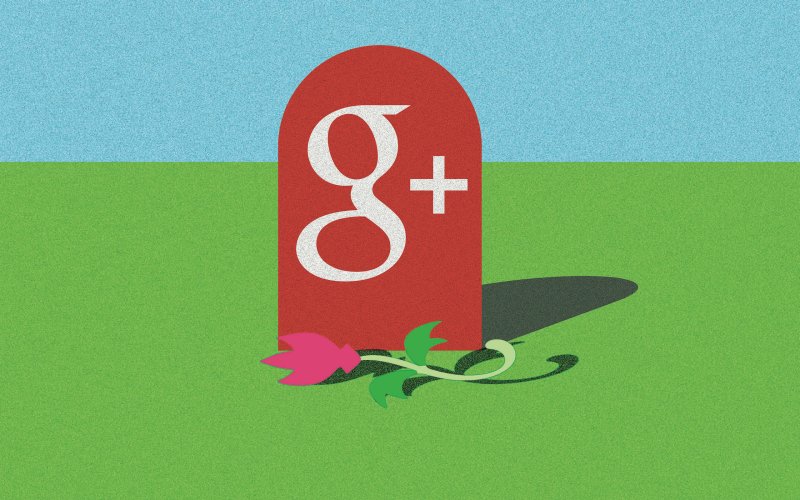 Though it’s been declared over more times than we can count, it looks like Google’s social network is finally on death’s door.
The writing has been on the wall for a while now but Google is finally breaking up with Google+.

In a Monday morning post, Bradley Horowitz, Google’s VP of Streams, Photos, and Sharing, announced that the company will continue to migrate Google+ features out of the social networking service and into other Google products. In March, Google Photos shed the Google+ name and soon, according to Horowitz, YouTube and several other Google services will no longer require a Google+ account.

By this point, Google’s social networking site has been falsely declared dead more times than Sir Paul McCartney but, with these latest changes, the social media network may well become a thing of yesterday. Google+ will remain online—Horowitz expressed his hope that the changes “will lead to a more focused, more useful, more engaging Google+”—but in essence, it has been thrown out of Google’s house with its clothes already strewn on the lawn.

But I can’t help but wonder: What if Google+ turns out to be the one that got away?

As Facebook and Twitter become increasingly cumbersome and borderline unusable, I find myself drawn to the serenity of the Google+ ghost town. It’s a serenity that, ironically, is only possible for the same reason that it’s being downsized: Almost no one is there.

There’s no denying that Google distancing itself from an unpopular brand makes sense from a business perspective. Touted during its 2011 introduction as a Facebook killer, Google+ only managed to acquire a small fraction of Zuckerberg’s 1.44 billion monthly active users. By last count, Google+ boasted a mere 300 million monthly active users. For the Google-owned YouTube—which, by some measures, may be more popular than Facebook—the Google+ requirement was dead weight that had to be dropped.

No amount of business acumen, however, can prevent me from wondering what life could have been like if we had only moved to Google+ when we had the chance.

But I can’t help but wonder: What if Google+ turns out to be the one that got away?

Google+ remains appealing for all the same reasons that it was back in the heady days of 2011. Sorting friends and family into “Circles” is easier than digging into the labyrinthine bowels of my Facebook settings to create a few custom “lists,” all so I can hide a few vacation photos from the distant cousins that I neglected to visit while I was in town. The Google+ user interface is also cleaner and less cluttered by creepy ads for egg donation and the takeout place from which I just ordered too many dumplings.

In the past four years, using Google+ has only grown more appealing from a tech perspective: Google Hangouts allows video calls with multiple friends at one time while Facebook’s video chat is stuck in the past. I keep up with my family on Facebook, sure, but when we need to do the annual Mother’s Day group call, everyone dusts off their Google+ login. When we want to go back to hollowly emoting at each other with meaningless streams of cartoon animals, Facebook’s always there.

Whatever its quirks, the problem with Google+ has always been a population problem, not a functionality problem. In fact, Google+ users have consistently reported greater satisfaction than Facebook users for the past three years, according to the American Customer Satisfaction Index. Google+ is like the unpopular rich kid at school who had a hot tub that no one used because he didn’t have any friends. If you ever went over to his house, you probably would have enjoyed yourself but you never did because no one wanted to go with you.

As proof, ask any disgruntled Facebook user why they’re still on the service and the answer is usually the same: Everyone else is on it. From an economic perspective, that’s called a “network effect.” From a social perspective, it’s a silent, mutual, and simultaneous agreement to remain in the Internet equivalent of prison so long as enough people stay with you.

In the absence of a powerful-enough network effect, the only way Google+ may have ever boasted active user numbers above half a billion was by requiring some of the very cross-service integrations that Google is in the process of stripping away.

For those of us who do remain on Google+, the service is one of the last quiet and civil corners of an increasingly contentious Internet. I don’t post on it much myself but when I do read my feed or glance at a community, I’m always impressed by the abundance of quality discussion and the absence of people who make $1,000 per day working from home. People who disagree with each other on Google+ are more inclined to use strong words than slurs.

Google+ is like the unpopular rich kid at school who had a hot tub that no one used because he didn’t have any friends.

And while Twitter continues to struggle with its massive harassment problem, Google+ is relatively and mercifully free of the most vicious forms of abuse and dog piling. True, this is largely a result of the fact that there aren’t enough dogs to form a pile, but Google+ does have a key feature that Twitter should have implemented long ago: Blocked users on Twitter can still @ mention your handle, effectively creating a hyperlink for their followers—whom you likely haven’t blocked—to harass you in their stead. Blocked users on Google+ can’t mention you afterward. Their social media pit bulls could still look you up by name, sure, but the lazier ones tend not to type the few extra keystrokes necessary to reach you.

That’s not the only edge that a quickly shrinking Google+ has over larger competitors. Google+ completely abandoned its real name policy in 2014, while Facebook still asks some users to display ID to prove their identity—a requirement that has taken a disproportionate toll on domestic violence survivors, drag performers, Native American users, and transgender people.

The central stream on Google+ is also miles more cohesive than Facebook’salgorithm-driven News Feed nightmare. I still remember the golden age of Facebook when I could actually use it to keep up with my friends: I’d log in, scroll down to the last post I remembered seeing the day before, and sign off content in the knowledge that I hadn’t missed anything important. Now, I log into Facebook and I’m instantly lost in a discontinuous mess of cat photos and political arguments. Whatever devilish equation Facebook is using, it’s almost certainly designed to keep you on the website longer, not to let you see everything you want.

That old saying about looking for answers at the bottom of a glass is doubly true for your News Feed, which has no answers and no bottom.

But the golden age isn’t over on the less populous Google+, where you could stilltheoretically stay on top of your social life. The only problem is you’d have to actually use it. As its pieces get stripped away and sent elsewhere, that possibility seems less and less likely. Core users have been expressing their adoration for the service in comments on Horowitz’s original post but, in the future, their numbers are sure to shrink and they will be joined by fewer users who stumble onto Google+ after making a YouTube account.

Perhaps that’s for the best. Who knows? Maybe if we had all migrated in 2011, it would have become the unnavigable morass that Facebook is today. For now, we’ll only have the dream of what could have been if we had only embraced Circles and quit playing Farmville.