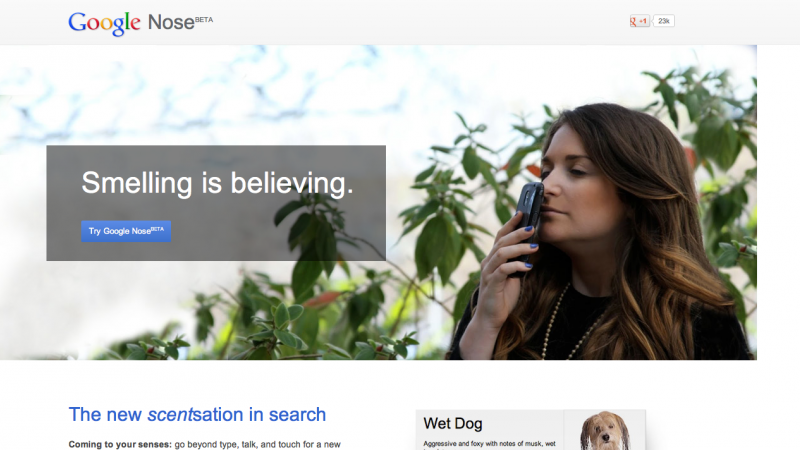 Find some buried treasure, fly in a glass-bottomed jet or mock the Caped Crusader… these are among the many ways you can be fooled thus far on this April Fools’ Day, 2013.

The media and technology sectors have been busy already this morning, coming up with some new and clever ways to pull the wool over our eyes on the one day of the year when all the stops are pulled out to deliver the laughs. Of course, some gags are funnier than others, but we’ll let you decide in this morning roundup of the funny and the lame.

Google: Class Clown Or Else

If you’re judging on sheer number of pranks, then hands down the Mountain View search engine company takes the prize in 2013.

Apparently, when Marissa Mayer took her stop-screwing-around-and-get-some-work-done attitude with her when she went to Yahoo, her former co-workers took that as a sign to cut loose and let their funny flags fly, launching no less than nine goofs.

Gee, if only they could put this much effort into Google Reader.

← Prev: Facebook’s Home On Android Could Give You A Sixth Sense For Your Social Life Next: Google Gives Developers More Ways to Incorporate Google+ →