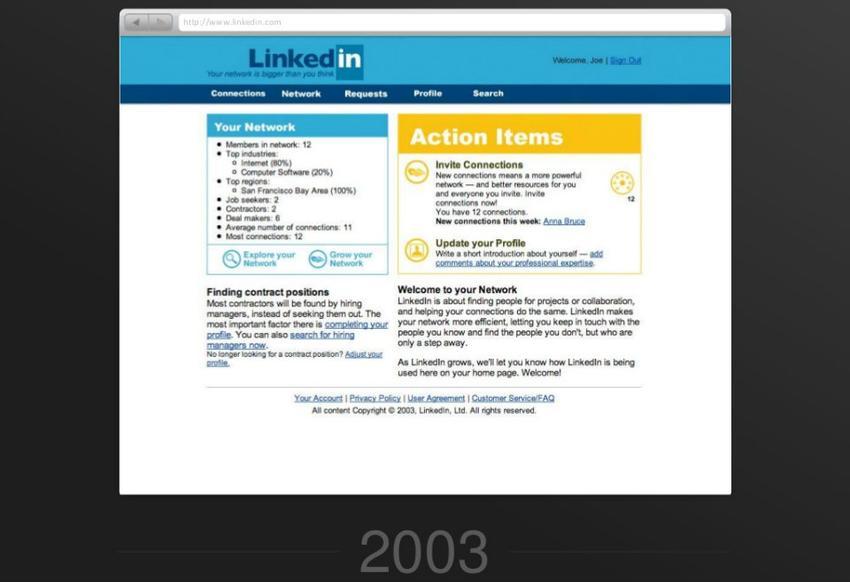 Back on May 5, 2003, Reed Hoffman launched LinkedIn in his living room and asked several hundred of his friends and colleagues to join. Ten years later, the social network for professionals has more than 200 million users, 3,700 employees and 26 offices around the world.

Looking back, it almost seems inevitable that LinkedIn would become a huge hit, but it took awhile before the network really started to take off. On some days, as few as 20 people signed up to use the service.

“At the end of our first month, we had 4,500 members in the network,” Hoffman wrote in a post Sunday to commemorate the 10th anniversary of launching LinkedIn. “10 years later, we’re honored and humbled that so many of you have made LinkedIn a part of your daily professional lives.”

It’s an accomplishment for a startup in any industry to survive for a decade, but it’s particularly impressive for Internet companies to enjoy that kind of longevity. LinkedIn was founded in the aftermath of the Dot-Com bust, at a time when the biggest social networks were Friendster and MySpace.

Unlike some of its competitors, LinkedIn’s team focused early on creating a business model. In 2005, two years after launching, LinkedIn introduced job listings and tiered subscriptions to generate revenue. Now, LinkedIn is generating more than $300 million in revenue each quarter.

To celebrate its first decade as a company, LinkedIn put out a collection of pictures showing how the website has evolved over the years from a relatively static page with some basic information about your professional connections to a dynamic social network for businesses and individuals alike.

← Prev: With Pulse, LinkedIn Is Becoming The Newspaper Of The Future Next: Will Facebook Go Out With A Bang? →