How Much of Your Audience Is Fake? Or Are Your Ads Mostly Being Viewed by Bots? 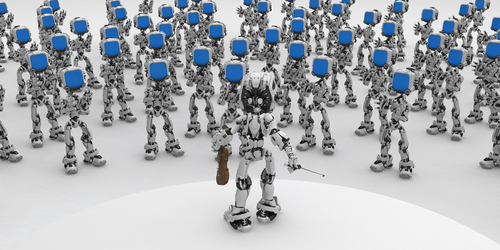 An article in Bloomberg by By Ben Elgin, Michael Riley, David Kocieniewski, and Joshua Brustein suggests that more and more digital ads are not seen by human eyes. “A study done last year in conjunction with the Association of National Advertisers embedded billions of digital ads with code designed to determine who or what was seeing them,”according to the article. “Eleven percent of display ads and almost a quarter of video ads were ‘viewed’ by software, not people.”

Another study suggests that $6.3 billion of ad spend a year is wasted on fake traffic, or clicks that appear to be views but are actually the work of software.

The numbers are staggering.

The article also tells a narrative about ad man Ron Amram, who recently looked at the ROI for his ad spend for Heineken USA. His digital ad spend was only around 2 to 1, “a $2 increase in revenue for every $1 of ad spending, compared with at least 6 to 1 for TV,” according to the Bloomberg article. Even worse, “only 20 percent of the campaign’s ‘ad impressions’—ads that appear on a computer or smartphone screen—were even seen by actual people.”

Where does all this fake traffic come from? “Fake traffic has become a commodity. There’s malware for generating it and brokers who sell it,” reads the Bloomberg article. “Some companies pay for it intentionally, some accidentally, and some prefer not to ask where their traffic comes from. It’s given rise to an industry of countermeasures, which inspire counter-countermeasures.”

If fake traffic is bad for advertisers, who is good for? In some cases, publishers. A website that has a large viewership can charge more for their ads. And if it is difficult to distinguish between real and fake views, publishers can make money off of their fake audience. Sometimes this is done intentionally and sometimes it is accidental.

A lot of sites buy traffic, especially when they are new or when they are pushing out a new kind of content. There are ways for sites to buy real human traffic through companies like OutBrain that send viewers from one site to another with attractive links.

“The traffic market is unregulated, and sellers range from unimpeachable to adequate to downright sleazy; price is part of the market’s code,” according to the Bloomberg article. You’ve seen the ads for the lower end of the market that promised 1,000 views for $1. Other places, like Taboola might change as much as 20 to 90 cents per viewer.

The Bloomberg article investigates several low end traffic sellers and tries to determine what percentage of their traffic is human. Not much, it turns out. Often between 70% and 90% of the “viewers” on low end sites were bots. The article concluded that, “Ad fraud may eventually turn into a manageable nuisance like shoplifting, something that companies learn to control without ever eradicating.”