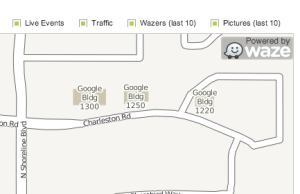 After months of speculation, the fate of Waze, the social-mapping-location-data startup, is finally decided: Google is buying the company, giving the search giant a social boost to its already-strong mapping and mobile businesses. Although speculation has had it at $1 billion to $1.3 billion, but so far there is no price on the deal. In any event, it’s a doubly strategic move. Google’s purchase comes in the wake of what appeared to be failed negotiations between the Israel-based startup two big rivals of the search giant: Facebook, which waseyeing up the company but apparently faltered at the due dilligence phase; and Apple (neither company ever publicly confirmed interest in acquiring Waze).

The news comes after a particularly heated few days in which reports of Google’s interest in Wazereached new heights, after first surfacing two weeks ago. In the wildfire that is internet publishing, many even went so far as to report it as a done deal, making things even more confusing.

Waze had raised some $67 million in funding from Blue Run Ventures, Magma, Vertex, Kleiner Perkins Caulfield & Byers, and Horizon Ventures. And it looks like the majority of the payout in the sale will go to these VCs. Globes, the Israeli business newspaper that first reported the latest interest from Google, estimated that payouts to co-founders — Ehud Shabtai, Amir and Gili Shinar, Uri Levine, Arie Gillon — and its CEO Noam Bardin, will be under $200 million in total.

There are at least a couple of places where you can see Google making use of Waze data.

Social. Under CEO Larry Page, Google has been especially bullish on where it positions itself on social, which it has been hinging on Google+ as a kind of web across all of its other properties to show you, the user, what those you know are doing, and also to let your connections see what you are looking at online. Taking a page from Facebook’s book, the thinking goes that this helps with discovery and engagement.

Waze, as a crowdsourced location platform, would give Google an additional, very mobile-based angle on this concept, letting users not just share places (i.e. sites) visited on the web, but actual places visited physically. As Bardim noted at the AllThingsD conference in April, “What search is for the web, maps are for mobile.” By this, he means that most of the searches you do on mobile have to do with location, and Waze is one of the few companies out there that is bringing that kind of search together with actual map data and a social layer. (The NYT ran an interesting piece yesterday with one mapping company describing how maps on mobile specifically become a “canvas” for all other apps.)

Competition. Waze could be a two-pronged fork for Google: On one hand, it gives the search giant nice, healthy wedge into the mass of consumers who are already using the app on iOS devices. But it also, if reports are to be believed, also gives Google a way of roadblocking how companies like Facebook could use Waze’s assets. As the startup likes to point out, it’s not a mapping company, but a big data player. Facebook, making its own big push on mobile, would have been a natural home for a socially-focused company like Waze, which also happens to be one of the few home-grown mapping databases around. This will mean that Facebook will need to have to continue to use third-party data for its own location-based searches and information, or less look to acquire elsewhere.

(Now could be a good time to wonder whether Nokia might consider offloading Navteq, its loss-making but strategic mapping asset, to shore up its financial position…)

It’s interesting, in any case, that Google and Waze have now kissed and made up. It was only in April that Bardin jabbed at Google when talking about who the big players in mapping were and how Waze stacks up against them: Waze used to benchmark itself with Google, he noted at the AllThingsD conference, but after the search giant cut off access to its API, Waze started to benchmark to Navteq.

When the Facebook acquisition reports surfaced, we’d heard that one of the sticking points was that Waze wanted to keep its R&D in Israel, while Facebook was leaning to a Menlo Park relocation. Since then, others have told us that this was just smoke a mirrors and that there were other reasons the deal fell through (Mountain View’s most famous resident being one possible factor). Google, unlike Facebook, has a decent presence in the country, including a new hub for startups started inDecember 2012, Campus Tel Aviv.

Google today made it clear that it would keep Waze’s operations going in Israel — for now, at least. “The Waze product development team will remain in Israel and operate separately for now,” Brian McClendon, Google’s VP of Geo, noted in the blog post announcing the deal. “We’re excited about the prospect of enhancing Google Maps with some of the traffic update features provided by Waze and enhancing Waze with Google’s search capabilities.”

In any case, it makes sense that Waze might want to keep its Israel-based operations intact. Just about all of the company’s 110-or-so employees are there, with only around 10 in a very modest office in Palo Alto, just down the street from another big-data startup, Palantir. That small proportion, however, is mighty: regular workers there include CEO Noam Bardin and Di-Ann Eisnor, Waze’s VP of platform and partnerships.

The U.S. is currently Waze’s largest single market — in April, Bardin noted that 12 million of its (at the time) 44 million users are based there — and this is where the company is putting its growth efforts for now, too. In February of this year, Waze expanded its U.S. operations, and its monetization ambitions, by opening an office on Madison Avenue, the heart of the advertising world in New York City, and we’ve seen that members of the team have been visiting New York recently. There is still a lot of development to be done on the advertising front — and given Google’s pole position in online and mobile advertising, that would give Waze another obvious fit with its new owner.

Ironically, the news comes as Google continues to fight other kinds of fires on the mapping front. In the U.S. it is trying to get a ruling overturned that it violated federal wiretap laws with its StreetView services.

In Europe, Google recently offered up a settlement in a search antitrust suit, originally brought by travel and mapping companies, that claimed Google, the biggest search engine in Europe by a longshot, was giving its own mapping and travel results more preference in search results over those of its competitors, making business untenable for smaller players. In that ongoing case, the EU competition regulator Joachin Almunia said at the end of May that Google still needed to make more concessions.

← Prev: Chrome Starts To Take Off In Mobile Browser Share, But Android Dips Among Mobile Operating Systems Next: Source: Instagram Will Get Video On June 20 →