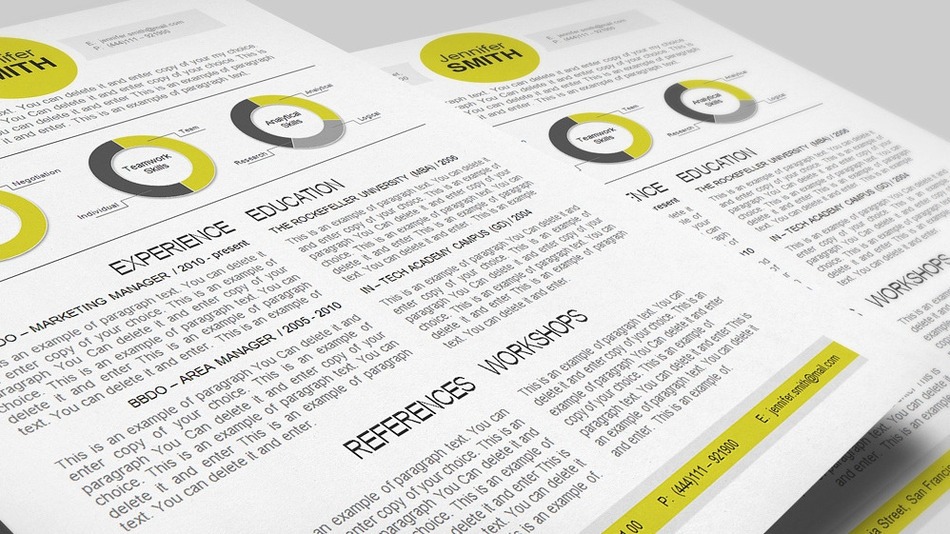 There’s tons of advice out there about how exactly to answer interview questions, what to wear to that interview and how to follow-up afterwards, but what if you’re having trouble even getting your foot in the door? For many people, it isn’t a lack of experience, education or training that is keeping them from getting a call back — or these days, an e-mail back. Instead, it often comes down to how you’re presenting yourself via your resume.

As Co-Founder of HireArt, I see hundreds of resumes day. The biggest mistake I see is people overstuffing their resumes, trying to cram every single activity, skill or job they have ever had onto one page instead of focusing on creating a coherent story. Just recently I was reviewing as 12-page resume that started out with the following:

While it might seem tempting to list every skill you have ever acquired, there are actually a few profound disadvantages to this approach.

Employers won’t remember anything if you try to focus on everything. If you list a long list of skills, an employer likely won’t recall any of them. It’s simply impossible to form a mental image if you present yourself as a lawyer, marketer and venture capitalist all in one. Which is it? Pick the one that is most important to you and emphasize it throughout your resume.

Having a clear narrative is a huge advantage. I recently interviewed a candidate for a sales position. Within the first three minutes of the conversation he said, “I live and breathe sales. I love everything about selling.” He spent the next 15 minutes telling me about his different sales roles and why he had excelled at them. As a hiring manager, this really appealed to me — he had a neat narrative that made me believe that he’d excel at the sales job I was hiring for. I later learned that he’d actually done a lot of things other than sales in his life, but he hadn’t focused on those things initially. His resume was sparse and though he didn’t skip his other roles, they just weren’t emphasized. The moral of the story is this: Why do I need to know you’re a great tax accountant if I’m hiring a sales person? It dilutes your narrative and makes me nervous about the sincerity of your passion for sales.

Resumes that exceed two pages are considered unprofessional. There is a lot of advice about resumes out there. If you’re applying for a job at a technology company or corporation, it’s very clear: employers really dislike long resumes. From Facebook to General Assembly down to tiny start-ups, not a single one of company would want you to submit a long resume. Being succinct is among the most important skills for a job applicant.

If you want to impress an employer, it’s much better to show than tell. The most underused trick of the trade is simply to show the employer why you’re good instead of writing an endless resume. One candidate I worked with created a product management portfolio with wireframes and product ideas for each company he was truly interested in. Another candidate, who ultimately got hired, helped the VP of Business Development get a meeting at Stanford Hospital before she was even hired. Seeing someone do excellent work is worth 1000x more than seeing a 12-page resume claiming excellence with no proof.

Finally, a lengthy or unfocused resume smells of desperation. Remember that guy you went on a date who couldn’t stop telling you how good he was at everything? You probably only went on one date with him. Being “good at everything” seems like a lie (even if it’s true!) and it’s unattractive. Don’t forget that landing a job is not that different from landing a date. You want to say just enough to get the hiring manager interested, but not so much that they become overwhelmed.

Before you apply for your next job ask yourself: who am I? Or rather, who am I in the context of this job application? Tailor your resume to tell a story that is so compelling that they’ll want to meet you to hear more.

Have something to add to this story? Share it in the comments.

The Mashable Job Board connects job seekers across the U.S. with unique career opportunities in the digital space. While we publish a wide range of job listings, we have selected a few job opportunities from the past two weeks to help get you started. Happy hunting!

← Prev: People Buy From Apple But Want To Work For Google, Study Finds Next: Your Facebook Messages May Not Be So Private →