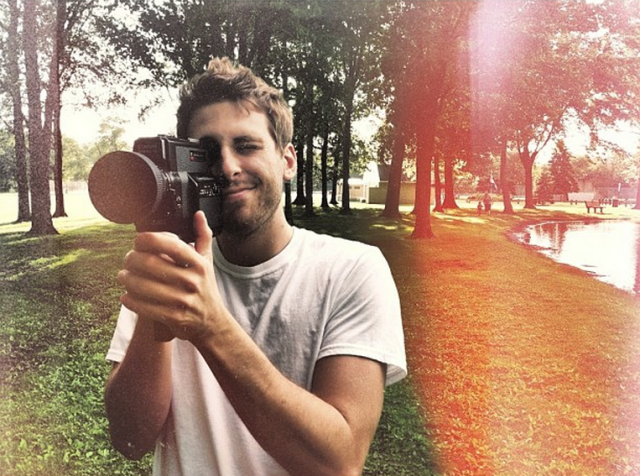 We’ve been working on getting more details on a press event that Facebook is having this week. Earlier, we wrote it could launch a news-reading app, but we have since heard more details that point to something else entirely. On June 20, a source says Facebook will unveil that Instagram, its popular photo-sharing app, will begin to let people also take and share short videos. Call it the Vine effect.

We are still looking for more information because we understand that Facebook has not wanted the details of June 20 to leak out — so this could be an intentional blind alley. But if the Instagram video report is true, you could say the event invite itself — sent by snail mail, coffee cup stain charmingly in one corner — is a red herring of its own.

Earlier reports about Instagram getting video provide some indication, though, that this is not coming out of the blue. Most recently, about three weeks ago Matthew Keys broke a story noting that such a service was getting tested internally. At the time, there wasn’t any information on when it would be coming out, nor whether there would be filters, nor whether this would be in a separate app or part of an Instagram update. The videos would be between five and 10 seconds in length, he noted.

Getting video on Instagram is a move that would make sense. Specifically, it looks like a direct response to the rising popularity of video-sharing services, namely Twitter’s Vine. It, and others like Viddy, Cinemagram and Socialcam, sometimes get described as “Instragram for video” apps.

The Vine app — which lets users take six seconds of video footage on an iOS or Android handset and then share those clips to Vine’s own network, Twitter or Facebook — has shot up in popularity since going live in January. After Twitter debuted an Android version of Vine in the beginning of June, usage reached a tipping point: shares of Vines surpassed those of Instagram photos on Twitter — usage that has only diverged even more since then:

Of course, you could argue that part of the reason is because Twitter no longer shows inline views of Instagram photos — that may have affected how many Instagram photos have been shared to Twitter.

When those Instagram/Twitter cards disappeared, we noted that part of the reason for the move — taken by Facebook/Instagram, not Twitter — appeared to be to drive more direct traffic to Instagram itself, a popular social network in its own right, with over 100 million monthly active users, rising sharply since Facebook bought the company last year for $715 million.

Putting in a video service could serve to further that strategy even more, before new-but-already-popular services like Vine get more of a foothold. It will mean one less app and social network for users to build up, and, for those who like to take and share videos, another reason to visit Instagram. You can see how something like video could be a very sticky complement to its photo service.

There could be another reason for adding video to the service: it’s a very attractive medium for advertisers and marketers.

Of course, Instagram is not running any ads yet — in fact, Facebook and Instagram got a lot of heatover changes in their terms of service in December over how it could implement advertising services in the future — so much heat that they rolled back the ToS and apologized. And in Facebook’slast quarterly earnings call, CEO Mark Zuckerberg made a point of noting that while big brands were interested in advertising on Instagram, for now there were no plans to implement this. (That’s not to say that Instagram is not already a substantial marketing platform for brands.)

And with 100 million+ users, you could argue that there may not be enough scale there yet to really monetize ads properly. Adding in video is laying the groundwork — and providing one more engine to grow that Instagrammer base.

← Prev: It’s Official: Google Buys Waze, Giving A Social Data Boost To Its Location And Mapping Business Next: Why We Don't Need Facebook →