WooCommerce and Its Functionalities 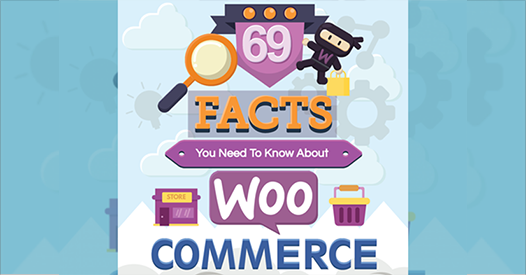 If you own a WordPress e-commerce website, there is a probability that you are utilizing WooCommerce.

This is because it is one of the most recognized open source e-commerce plugins for WordPress – arguably the best content management system at the moment.

This powerful e-commerce plugin was developed by three WordPress enthusiasts in 2008. Their vision was to create a plugin which is easy to utilize, plus versatile and, eventually, trusted.

Released on September 27, 2011, WooCommerce is designed for large to small sized stores.

Because of its free base product and the ability to be installed and customized with ease, the plugin gained popularity rather quickly.

WooCommerce covers 42 percent of all the e-commerce websites. It comes with a remarkable choice of payment solutions alongside lots of useful tools (especially for SEO).

One of the most prominent features are the built-in analytics. That provide shop-owners with neat data analytics to aid them tracking and monitoring the flow of users of their website.

It was initially developed by WooThemes, a WordPress theme developer.

They were responsible for hiring some developers from Jigowatt – James and Jolley Koster – to work on a Jigoshop section which eventually became WooCommerce.

The skyrocketing popularity led to the first WooConf held in November 2014 in San Francisco. The conference placed emphasis on e-commerce utilizing WooCommerce, and there were 300 individuals in attendance.

Not much later, in May 2015, WooCommerce as well as WooThemes, were both purchased by Automattic — the major contributor to the core WordPress software.

Some of the biggest sites using this e-commerce solution include Small Press Expo and Internet Systems Consortium.

In fact, statistical data shows that it was used on over 30 percent of e-commerce websites and had millions of active installations. No wonder, as this WordPress plugin covers absolutely all needs an online merchant might have.

It has attained recognition not only for its numerous plugins and extensions but because it is free and open source. Also, there are numerous add-ons which can be paid for at a fixed price.

Numerous premium themes now offer compatibility with WooCommerce alongside plugins that ensure a theme is compatible with the main WordPress framework.

If you desire to find out more, check out this infographic below which shows some interesting facts about WooCommerce and what it is all about.

Source: Website Builder
← Prev: Google imagines an app-less future with Android Instant Apps Next: How You Can Use Instagram Stories To Your Advantage →